This week’s French Fridays with Dorie recipe, Quatre-Quarts is what we americans know as pound cake. Quatre-Quarts actually means four-fourths, because the cake is traditionally made with equal measures of eggs, flour, sugar, and butter.

Dorie of course jazzes her cake up with a few additions, including vanilla extract. Which reminded me that we americans throw vanilla extract into almost every dessert we make, while the europeans use it much more sparingly. Since moving to Germany I have often wondered about this. When I first moved, each trip back to the US was equal parts family visit and supply run. My suitcases on the return trip would be loaded with all the goodies which I can’t buy here. Almost 5 years later I have mostly learned to live without these supplies, but vanilla extract remains 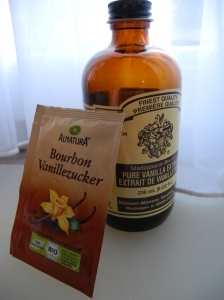 one of the few items that I routinely buy when I am in the US. The german supermarkets sometimes carry vanilla extract, but it seems to be more of a seasonal item which pops up around Christmas, and I have yet to see a single german recipe which calls for it. Much more common is vanilla sugar, which comes in little individual paper packets and gets thrown into some cake recipes.

Sorry if I’m boring you here. I just find it fascinating how so many of the basic ingredients which we take for granted are used (or not) in different corners of the world. 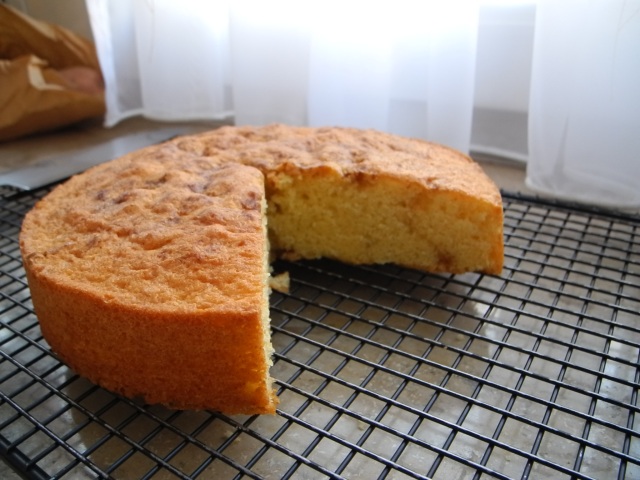 I will offer one quick little warning though. When I first tried this cake, about an hour after it came out of the oven, I found it to be a little too eggy tasting. However, after letting the cake sit and think about itself for a few hours more, the flavors had settled in and my next slice was delicious.

This entry was posted in french fridays with dorie and tagged Around my French Table, cake, dessert. Bookmark the permalink.