As was caught by a few sharp-eyed Doristas, I combined two weeks of French Fridays with Dorie recipes into one and served my French Lentils with last week’s Curried Chicken. September is set to be a busy month around these parts and with only one weekend at home, I need to be as efficient as possible with my kitchen time.

Speaking of which, we had a great time in Paris last weekend. My husband contained himself to only one eclair per day (no small feat) and we both discovered a dangerous new favorite, Alain Ducasse’s bean to bar chocolate shop in the 11th. Oh my! A splurge for sure, but worth every penny! I want to go back and buy another box of just his nut chocolates. My mouth of watering just thinking about it.

In fact, I’m now having a little difficulty switching over to healthier topics, namely, this week’s French Fridays with Dorie recipe, French Lentils. Lentils are one of the few beans which I am actually willing to make from scratch. Our water here in Frankfurt is so hard that every other attempt at making beans has failed miserably. My mother in law finally told me recently that I just need to add some baking soda to the cooking water to help them soften. But by the time she shared this little nugget with me I had already discovered the blissful ease of canned and now there’s no going back. 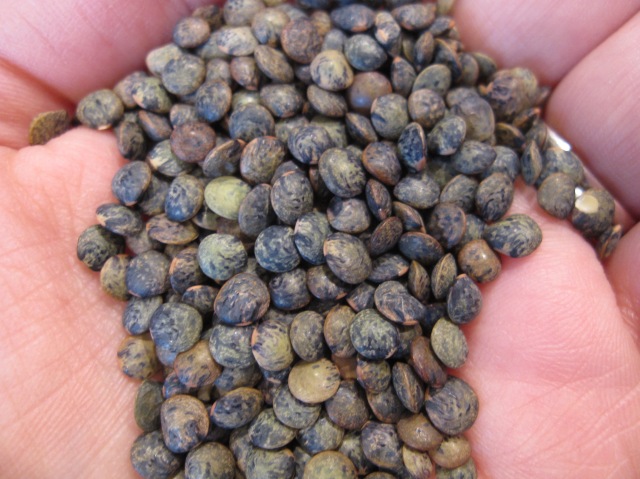 Puy lentils are easy enough to find in Frankfurt and I usually have a pack in my cupboard. Raw, these little lentils are a pretty swirly green color. Cooked, they tend to look like normal lentils, except that they hold their shape a bit better and are less likely to go mushy, which is why I prefer them. Dorie’s is the traditional base recipe but I tend to like to jazz my lentils up a bit with some chopped walnuts and goat cheese. Oh so tasty. 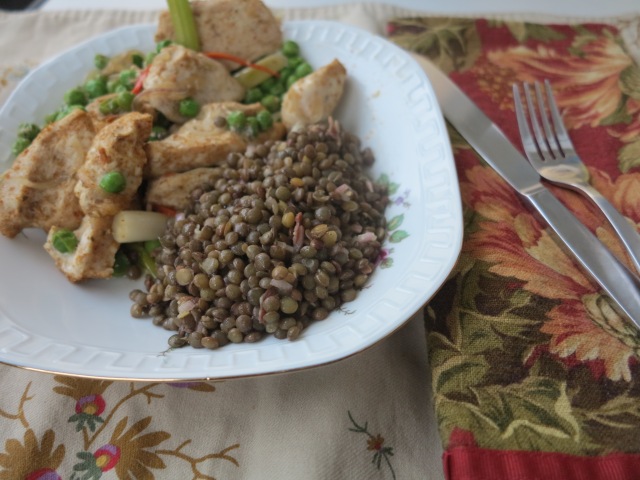 This entry was posted in french fridays with dorie and tagged Around my French Table, salad, side dish, vegetarian. Bookmark the permalink.