So this week’s French Fridays with Dorie recipe is actually called Crispy, Crackly Apple-Almond Tart, but since I couldn’t find filo dough I had to drop the Crispy, Crackly part and use puff pastry instead. But despite this initial setback, I was really excited about this recipe.

In the end, Dorie’s recipe delivered on its promise. This was just crazy easy! The almond cream came together in minutes and then it was really just an assembly job. 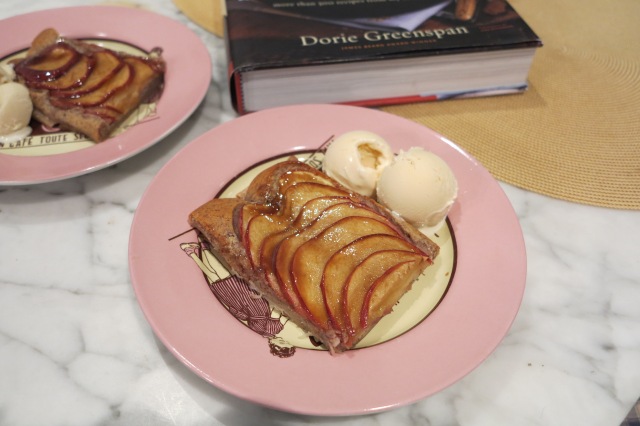 Yummy, I will definitely make this again. The satisfaction of apple pie without the annoyance of making crust!

This entry was posted in french fridays with dorie and tagged Around my French Table, dessert, pies & tarts, seasonal - autumn. Bookmark the permalink.