Finding piquillo peppers around these parts was easy. Finding unstuffed piquillo peppers was not so easy. In the end I had to buy some which had already been stuffed with cheese, empty the filling out of a few, and repacked them with Dorie’s recipe. 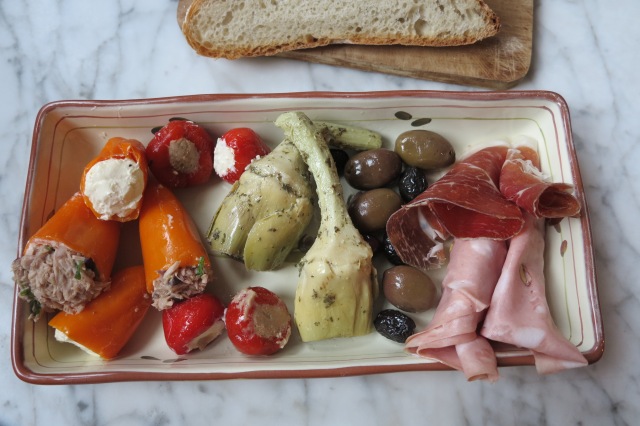 And while I was at it, I also bought a few others antipasta, just to round out the meal. And thererin lies the problem. Look at the great antipasta I can buy! No assembly required. Dorie’s recipe was tasty, but I’m so spoiled that her very simple recipe seemed like too much effort. 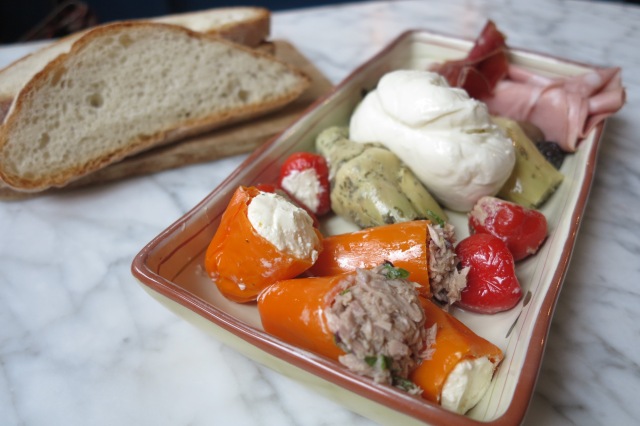 Hope everyone is having fun this weekend in Seattle. I’m jealous 😦

This entry was posted in french fridays with dorie and tagged Around my French Table, finger food, fish. Bookmark the permalink.